We welcome everyone back to the Gaylord Opryland Resort and Convention Center in Nashville, TN for the 4th annual 2021 Innovations in Invasive Species Conference.

We invite you to join us for the fourth annual Innovations in Invasive Species Management Conference Training to be held in Nashville, TN  November 30-December 1, 2021 at the Gaylord Opryland Resort and Convention Center in Nashville, TN.   2017, 2018 and 2019 were great successes with land managers coming together from throughout the US and overseas.  The conference hosts people from throughout the US and World looking for new techniques and inspiration from successes to manage a wide range of invasive species We are working to include more animal, marine and insect content as well this year. Be ready for some exciting new topics and demonstrations in 2021.

To follow adequate safety guidelines concerning COVID 19, this year’s conference will be conducted over two days.  Day one (November 30th will be indoor presentations and day two (December 1st) will be completely outside at Nashville’s 3,000-acre Warner Parks.  We are asking that attendees be flexible with the schedule this year.  While the indoor and outdoor sessions are scheduled as mentioned above, if rain or weather becomes an issue or is forecasted for the outdoor day, we will flip the indoor and outdoor session days.

As we prepare the 2021 Conference please consider presenting.  If you would like to present an oral presentation or a poster, demonstrate equipment or reserve a vendor space, please see below for directions.  Otherwise if you have any questions please give Steven Manning a call at 615-969-1309 or send an email at steve@ipc-inc.org.

What’s the topic this year?   WHY do we manage invasive species?


Outstanding Speakers from Around the World 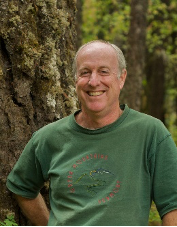 Doug Tallamy is a professor in the Department of Entomology and Wildlife Ecology at the University of Delaware, where he has authored 95 research publications and has taught insect related courses for 40 years. Chief among his research goals is to better understand the many ways insects interact with plants and how such interactions determine the diversity of animal communities. His book Bringing Nature Home: How Native Plants Sustain Wildlife in Our Gardens was published by Timber Press in 2007 and was awarded the 2008 Silver Medal by the Garden Writers’ Association. The Living Landscape, co-authored with Rick Darke, was published in 2014. Doug’s new book ‘Nature’s Best Hope’ was released by Timber Press in February 2020. Among his awards are the Garden Club of America Margaret Douglas Medal for Conservation and the Tom Dodd, Jr. Award of Excellence, the 2018 AHS B.Y. Morrison Communication Award and the 2019 Cynthia Westcott Scientific Writing Award.

The expense of fighting introduced plant invasions and the unpopularity of restricting the sale of ornamental invasives have motivated several public figures to question the wisdom of continuing to battle invasive plants. After all, they argue, if an introduced plant helps a particular butterfly, bird, or bee, why not embrace it? Using data from several studies, Tallamy answers this and related questions, showing that we can determine the overall impact of introduced plants on our ecosystems only by comparing what is gained from their use with what is lost when they replace native plant communities.  Introduced plants are not the ecological equivalents of the native plants they displace because they do not support the diverse and stable food webs that run our ecosystems.  Exchanging plants that support all of our animal diversity for plants that support only a few species is ecologically indefensible.

A guide to restoring the little things that run the world

A recent UN report predicts that as many as 1 million species will disappear from planet earth because of human activities. Many of these are insects and nearly all species at risk rely on insects.  Insects have already declined 45% since 1974. The most alarming part of this statistic is that we don’t seem to care, despite the fact that a world without insects is a world without humans! So how do we create beautiful landscapes brimming with life; landscapes that support the pollinators, herbivores, detritivores, predators and parasitoids that run the ecosystems we depend on? Tallamy will remind us of the many essential roles insects play, and describe the simple changes we must make in our landscapes and our attitudes to keep insects on the ground, in the air and yes, on our plants. 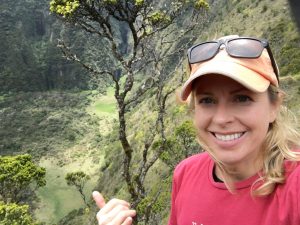 Alison Cohan is the Director of The Nature Conservancy’s Maui and Molokai terrestrial programs. She has a Master of Applied Science degree in Natural Resource Management from the University of Denver and a Bachelor’s degree in Animal Behavior from Southwestern University. Though originally from Texas, Alison has participated in and led conservation activities on Maui for over twenty years, working for the preservation and conservation of both marine and terrestrial ecosystems. Alison’s work focuses on implementing innovative approaching and technologies to improve ecosystem function across 35,000 acres in Maui Nui, working closely with numerous diverse landowners and partners across the State to leverage conservation actions for the greatest impact to benefit Maui Nui’s community, culture, and natural resources. Alison loves all things outdoors – particularly surfing, river rafting, and snowboarding with her family.

KEYNOTE: Murdering the hornets – an overview of eradication actions in Washington State to prevent the establishment of Vespa mandarinia.

In 2019, multiple sightings of the giant hornet Vespa mandarinia Smith, 1852 (Hymenoptera: Vespidae) were made in British Columbia, Canada, and Washington State, USA. The species is an apex predator of insects, especially other social Hymenoptera, and is a significant pest of managed honey bees (Apis spp.). Vespa mandarina specimens were found at several locations outside of port areas, including Nanaimo on Vancouver Island, Canada, where a nest was destroyed in August 2019. The detection of several hornet workers and three reports of bee hive kills in Washington State that year provided impetus for a multi-year project to prevent establishment of this species.

We employed survey techniques adapted from the hornet’s native range and recent attempts to control the invasive V. velutina in Korea and Europe. Traps were placed throughout the region by WSDA personnel and cooperating agencies. Additionally, the agency developed a robust program to promote public trapping and provide multiple avenues for reporting suspected sightings. The intense public interest in the program also necessitated a proactive approach to outreach, which incorporated social media and traditional press venues. Trapping results and public reports were used to locate and capture live hornets. Live hornets were tagged with radio transmitters and followed to nests which were then destroyed. The agency ultimately discovered and removed four V. mandarinia nests in the United States, one in 2020 and three in 2021. Nests varied in size, with at least one apparently impacted by inbreeding. The 2020 nest was well into the production of queens, while all 2021 nests were collected before reproductive castes had emerged. Eradicating social Hymenoptera from new territories has seldom been successful, possibly because of their rapid spread and lack of highly precise survey tools. Those limitations also challenge this program, but early detection, robust public support and collaboration, and availability of several new tools make the agency cautiously optimistic that this project will be successful.

Chris received an MS in Entomology from Washington State University in 2000, where he conducted biodiversity surveys on the Hanford nuclear site. After stints as a fish biologist for the Idaho Department of Fish and Game and NOAA Fisheries, he matriculated at the University of Idaho as a PhD student. There he worked with an interdisciplinary team to research conservation in working landscapes, focusing on the Palouse region of Washington and Idaho. After earning a PhD in Environmental Science in 2007, he worked for the United States Customs and Border Protection before joining the Washington State Department of Agriculture in 2009. At the WSDA he manages the WSDA Entomology Laboratory. The WSDA Entomology Lab provides identification services for Washington stakeholders, supports exotic pest surveys across the state, and conducts research on exotic insect species. To learn more please go to our website at agr.wa.gov.

Jim Bean is a graduate of West Virginia University with a B.S. in Forest Resources Management.  In August of 2021, Jim retired after 41 years working in vegetation management.

Over his career, Jim has worked with many private companies, military installations, federal, state and local agencies and NGO’s.  Jim has demonstrated that by using integrated vegetation management practices, vegetation can be managed while at the same time creating and improving plant and wildlife habitats, enhancing recreational experiences and the aesthetic value of our land.

Jim has worked with many organizations to improve management for invasive weed control.  He was a driving force behind the creation of CEIPSC – The Coalition for Eastern Invasive Plant Species Control.  He has served on the boards of the Midwest Invasive Plant Network (MIPN) and Tennessee EPPC.

Jim has helped to educate and serve customers in the Forestry, Rights of Way, Bareground, Roadside, Aquatic, Renewable Energy, Invasive Weed and Pasture / Rangeland markets across the U.S.

Jim currently lives in Cary, NC with his wife Tamara.

A favorite session in past conferences has been the outdoor equipment demos.  In 2021 we have expanded this session and will be hosting demonstrations at the Warner Parks (WP) rain or shine.  Come visit this urban wilderness and the progress made in the “Invasive Free at the WP 2027” campaign.  Vendors have already begun to visit the park to set up demo sites in preparation for the December event.  If you have equipment or techniques you would like to demonstrate during the conference, please contact conference coordinator Steve Manning to discuss details.

Thanks for considering registering for the 2021 Innovations in Invasive Species Management Conference in Nashville, TN.   Due to COVID, the number of participants will be down this year but unless circumstances change, we do intend to host the meeting, even if only a small number choose to attend.

We have decided that whether we have 20, 30 or 75 attendees, it will be a good way to get back to meeting in person.  We will be capping attendance at 75 this year.  Our meeting room where talks will be held is 3500 square feet and we will space out seating.  The atrium adjacent to our meeting space is 4.5 acres and there are two other atriums that connect equaling about 9 more acres of elbow room inside the hotel.

With regards to COVID protocol, we are taking several steps to enhance the safety of the participants.

Read below for exhibit options.

All Table, Nonprofit and Booth Exhibitors will receive the following benefits:

Additional or partial sponsorship opportunities are available such as sponsoring the tour, a break, special session, reception, or other marketing opportunity.

For more information please contact Steven Manning at 615-969-1309 or steve@ipc-inc.org 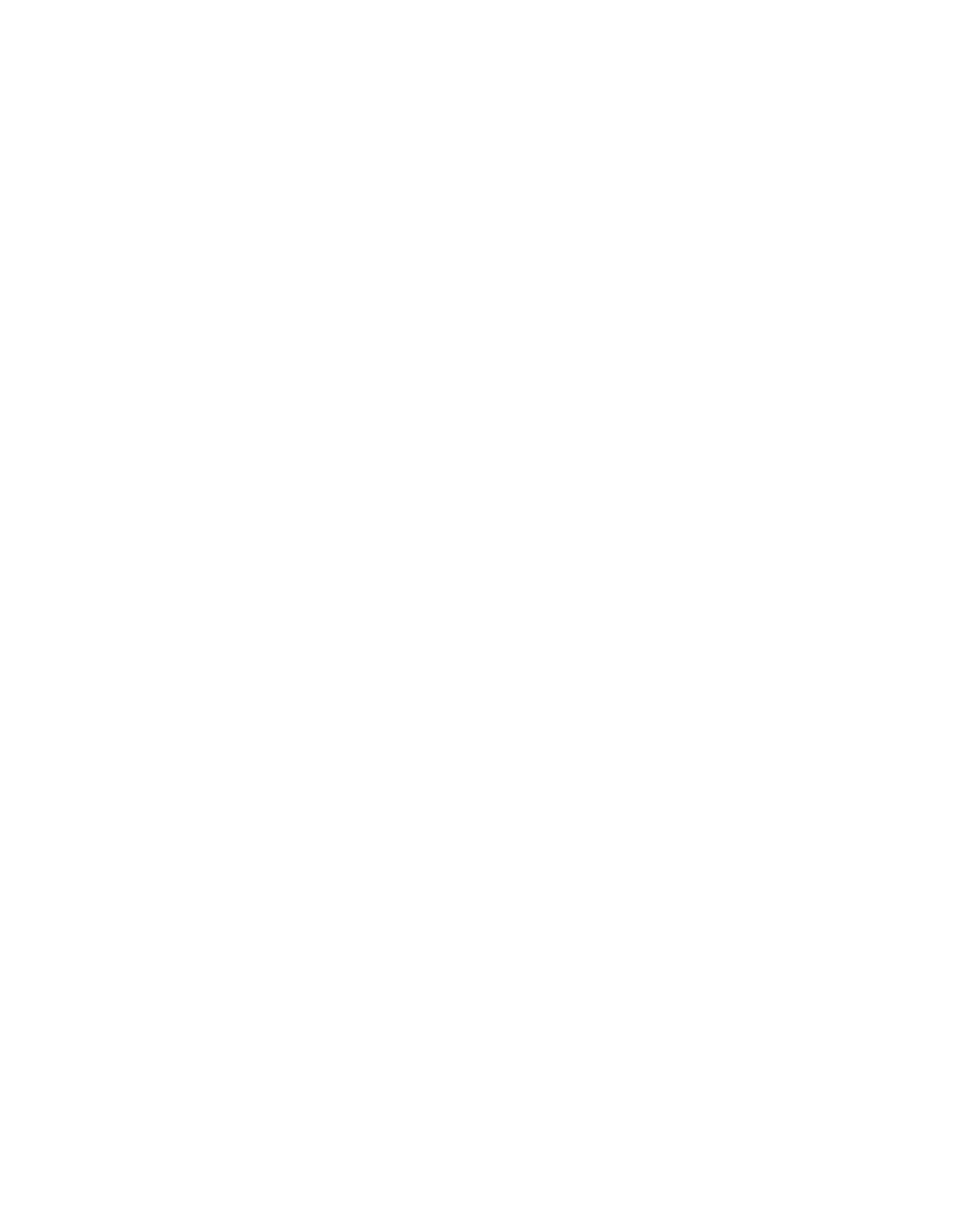